1/2 a Life of IT predictions: Some hits, and some misses. 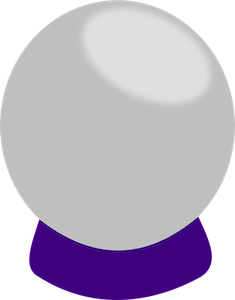 As of the other day, I’ve been a UNIX or Linux admin for exactly 1/2 my life.  That’s 23 years of UNIX or Linux hacking. Can hardly believe it myself.   Anyway, in all those eons, I’ve made some predictions. As one would expect, some were spot on, some were close, but not quite, some were … well … yea, I missed.

Sometimes my friends and co-workers made predictions.  One of the more interesting ones was from a co-worker that, after seeing my early iPod, said it would become it’s own platform and blow up like crazy.  He nailed that one.  Others were laughable like “Apple will be out of business next year” or “Windows will kill everything, even Linux”  But I had my many of my own and here are a few of me better predictions and how  how wrong, or right, I was.

Anyway, it’s always kind of fun to try and predict the way things are going, even if I’m not always right.

Mid-80’s: The Commodore Amiga was going to bury all the other platforms.

In ‘85 when the Amiga first came out, I thought it was the future. What I failed to grasp at that time was not only  that Commodore was already dead. But the ideas behind the Amiga were the future.  I mean come on, I was 13 year old at the time, and my reference was my Commodore 64. Which was hot shit until the Amiga came out.  Still, though, the Amiga lives on.  And has a vibrant, if small, following.

Late ‘80’s: Apple will eventually team up with IBM

Well, in the early to mid ‘90’s, Apple teamed up with IBM and Motorola to make the PowerPC chips.  They were amazing processors that were used in Macs and RS/6000’s for a decade.  IBM still uses a variation called Power to this day in their high end UNIX and Linux servers.  They even planned an emulator that would let you run Windows, and were working on a joint OS called Talagent that would have different modes for running Windows, Mac OS and UNIX software.  It was supposed to based on Mac OS 8, which,  brilliant idea, and while some of the technology would end up in Mac OS 8 Copland.  Well, that died and the OS 8 that was released was what the could recover from it and incorporate in to System 7.  In the end, while the processor was a success, the alliance fell apart.

Verdict: True at least in spirit.

Early 90’s: The so-called Y2K bug is not big deal. Like calm down, the world isn’t going to end.

Hysteria over the world ending on 12:01 AM on 1/1/2000 was out of control.  Everyone goes on about how the world will end.  I figured there would be some issues, maybe some would turn in to big media shit-shows. But I didn’t really think the world would end.  I also knew there was no magic bullet and it would just be lots of hard work to get it sorted.  Well, nothing happened and life went on.  Funnily enough, on 1/1/2000 I saw Metallica with Kid Rock opening.  2 min into Kid Rocks set, the PA blew up.  Completely unrelated, I’m sure.

Mid 90’s: Oracle, Sun or Novell will end up merging with Apple

Ahhh… Yes. Apple’s darkest days, around the time Windows 95 came out, to the announcement of the NeXT merger a couple of years later.  Their OS was a mess, their hardware was still good though.   They were definitely a hardware company trying to find their place in a software world.   And there were some close calls.  Oracle almost DID by Apple, but Jobs talked them out of it.  Sun tried to, but couldn’t pull a deal together.  Ironically, had Sun pulled that deal together, Oracle would own Apple today.   Both Sun and Oracle were flying high on the early Dot Com wave that was sweeping IT at that time.  Then there was Novell.  Too little too late to compete with Microsoft were also lost at the time.   A merger between them and Apple seemed to make sense.   But it was never to be.

I was saying this for a Decade before it actually happened.  When I did my first install of Redhat in the mid ‘90’s, I knew at that point, Linux was going to big.  I new it was the future and made sure I stayed on top of it, even while I was doing UNIX.   And that paid off.  That’s what I do today for a living.  Some people thought I was nuts. Many thought it was just a toy, not a real OS.  Well, they were wrong.   As a funny antidote, in the early 2000’s I asked an EMC rep when they were going to support Linux for Power Path and on their disk arrays. The guy just laughed at me and said they had no intentions of supporting Linux then or ever.  Yea, I had fun with that 5 years after when we were implementing Linux in a big way.

Verdict: The most accurate, and important prediction I ever made.

Late 90’s: in 10 years, everyone will have one device in their pocket that will be a PDA, Camera, phone, media player, what ever.

Having got my hands on a PalmPilot,  And an early cell phone, I could see how having them be one device would be a perfect match.  And I was like, someday, these will be one in the same.  No one really thought I was nuts, but they had problems imagining it.  Then a few years later when MP3 players came out ( pre-iPod ), the talking heads started predicting “Convergence devices” - basically my idea of everything all in one.  I should have patented the idea.  And by the late 2000’s, we had so-called smart phones that could do all this stuff, and more beyond what I ever imagined.  And here we are 20 years later with Android and iPhones.

A doozy that I actually got kind of close.  In the early 2000’s, Apple started posting Jobs for developers with Intel experience.  Having followed NeXT from it’s birth to it’s acquisition from Apple,  I saw the writing on the wall.  Everyone thought I was nuts, I kept saying, Apple’s going to make OS X for PC’s.  Well. yea, that’s not what really happened. Apple replaced PowerPC chips with Intel Chips. I still, to this day, say that was a BIG mistake.  They should have switched to Power from IBM.

Mid 2000’s: Microsoft will port Windows to the Arm processor

When I realized that all these mobile devices used Arm processors, it seemed likely Microsoft would want in on the action, and the only way to play in this field was to run on Arm processors.  And several people thought I was INSANE.  More than even when I thought OS X for Intel was coming.   Well, it happened. There is a Windows for Arm. It even runs on Raspberry Pi’s if you are so inclined. Funny how this crap works out.

Current state of things speaks for itself.

While there is still a lot of Windows out there, most younger people today would rather have a tablet running iOS or Android.  Linux has taken over the datacenter and totally rules in the cloud.  Microsoft has been investing heavily in Linux and even ported some of their apps, API’s, and developer tools.  Long term, it doesn’t look good.

Verdict: Only time will tell.

Now, let me take a few minutes to go over a couple of things I never saw coming.

Apple buying NeXT.  I thought they were going to buy Be at the time. It was almost a done deal.  But something weird happened.   And I was doubly blind sighted as I was distracted by the death of Carl Sagan on the same day.  What a strange time that was!

Oracle buying Sun.  I thought this would be either Microsoft or IBM.  IBM almost did.  I think that spooked Oracle, because they didn’t want IBM having Java. And they saw an opening.  Java is really all they wanted. The rest is or was just fluff for them to extract what they could from, then kill off.

And more recently, IBM buy Red Hat. That caught a LOT of people off guard.  Only time will tell how that turns out.

Yes, I Went to See a Hologram in Concert!
The Dark Mystery of Time and Space