A Grandchild’s guide to using Grandpa’s computer, an Ode to Dr. Seuss 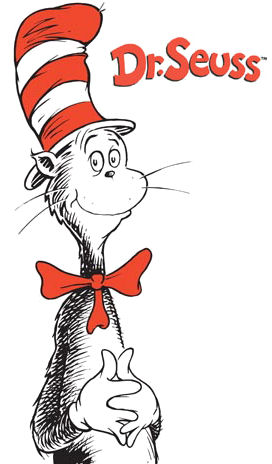 There is this old by internet standards, originally written in 1994 poem inspired by Dr. Seuss . Originally written by Gene Ziegler, a professor at Cornell University at the time, has been edited, shortened, and distributed millions of times. I first encountered the shortened version of this poem in the mid ‘90’s. Probably either on Usenet someplace, or in the many TEXT files I use to trade with friends on BBS systems around that time.

The original was shortened and distributed under the name “What if Dr. Seuss wrote computer documentation” And was pretty funny as it was. But it is not complete, shortened to 1/2 it’s original size for some reason.The Original was apparently written after Gene’s grand kids re-arranged everything on his Mac creating a big mess for him to clean up.

Here, I present, the entire poem, as a tribute to the amazing writing of Professor Ziegler, but as originally intended Ode to Dr. Seuss.

Big Data Analytics: $180 billion blunder?
That time when everyone thought the world was going to end.